“I’m not built to stay underground.”

Interesting words to hear from an artist firmly planted in the underground right now. One can’t help but notice the heaviness of the statement and the conviction in his tone when he utters it though. It’s hard to get a good read on who Ty’Ron is, even if you’ve known him for years. Meticulous yet hurried, calm but rabid, selfless but greedy, confident and arrogant with a humble overtone – there hasn’t been a person who could describe him, not even himself.

“Forming a company before releasing music was a big move for me personally but I think it created a snowball effect for other people that I’m still struggling with. I’ve never once in my career have ever been strictly an artist. Ever. It’s always been this wild balance between CEO and artist, trying to look at making music from two different perspectives,” he says while looking at nothing in particular and searching for the next words in thin air. Conversations with the leader of Mid-Flight LLC tend to go like this a lot: Start on one topic and watch him expand it into a huge connecting web of dreams, problems, solutions, frustrations, understandings and aggression. A lot of aggression.

The problem isn’t that he rejects who he is. In fact, the problem may be that he accepts it too much. Thriving on competition and aggressiveness is what brought him to the dance, hailing from Montgomery, AL – a city and state known for more of the wrong things than right with no real industry in sight – it’s hard to put the fire out within.

“If it wasn’t for my personality, I’d still be doing regular stuff. I’m not where I wanna be right now by any stretch of the imagination but I’m not as far off as people may think. I’m not regular. I complicate a lot of things I do because of how my mind works but I’m not regular.” He pauses for a minute and randomly offers a self criticism from earlier. “I can see how people misinterpret me as arrogant but I disagree with it. I can see it though.”

As that statement lands, he doubles down and cements his position by proclaiming, “But I won’t work hard to change that opinion. People who don’t know how hard I work would take it the wrong way. I’m supposed to believe I’m the best and I’m supposed to make people believe I’m the best.” There is not a drop of doubt in his speeches. For many, it comes across as delusional but you can’t help but to see how he is probably right. The ones who succeed in this world believe in the most improbable things. That’s what makes them different and makes them stand out. That’s what people pay tickets to see. For an understated, practically unknown hopeful mogul – everything he talks about is improbable AND probable at the same time.

“So exactly why are you not built to stay underground?”

“I’m too worldly. My mind is a huge factory of ideas and principles and logic and strategies. Sometimes I feel like my brain is going to explode because of everything that’s in there that hasn’t been let out. That sounds crazy, I know. I lay down and night and my mind is racing thinking of all the ways to do things that millionaires and billionaires are doing the wrong way,” he says with a smile, acknowledging the brazen nature of that claim. “For every sample that I hear used that I’m working, for every marketing campaign that is brought to life that I thought of the same way, for every look that I envisioned – all of this. I know I should be where they are. My competition just dropped 4:44 and Damn. I can’t stay here.” 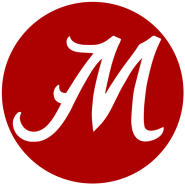