Forgive me. Crown Apple is driving this.

I work too fucking hard to not remind you that I’m still dope as hell. I’m modest. Inside of me, I am. And I’m hard-driving on the outside because on the inside I know that there’s so much to get to. I want to be higher than my dreams can imagine to be.

My goals are bigger than people would expect. They’re scary in the sense that to achieve them, I’ll have to be somebody I could never imagine myself being. That’s like being scared to fly because of the threat of falling.

Single people with wounded hearts chastise relationships because of the fear of being hurt again. It’s not that they don’t want to be loved but they’re more afraid of the pain than they are excited of the joy.

Look at how life has conditioned us.

Victories don’t define you anymore than losses because most of the time it’s the losses that push you to be a better you while victories have you soaking in the success and being idle. While nothing is wrong with popping a bottle of champagne, how long do you drown in the jubilation before it’s time to get back to work on being better than yesterday?

I can’t apologize for bursting bubbles of excitement of my former artists and business partners. The idea that a party on the ground level is worthless if the aspirations are for the penthouse is a matter of perspective. My fear is that you’d want to party on the 1st, 2nd and 3rd floor too and for somebody who secretly competes with world famous millionaires – I’m disgusted. Let’s be something.

Let us break ourselves to pieces now and put ourselves back together on a foreign vacation. Show the world these crazy ideas in our head and wait nervously for their inevitable approval then …try to not get excited by smiles because that’s fleeting. Figure out the next move because this could all be gone in an instant. We could fall. We could crash. 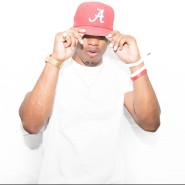