Response to Fear of Flying

(I was going somewhere else entirely with this but then that other person took over and there was nothing I could do.)

Stoics of past insist that inner peace develops when one learns to control destructive emotions, through knowledge gained in contemplation of meaning and purpose.

FEAR is a key element that lies at the heart of the preservation of man. Naturally, we fear what we don’t understand, because the unknown has the potential to be dangerous, or possibly even worse, deadly. The reverse seems more real to me, dangerous can be much worse than deadly; death is just an endpoint. Aren’t we all trying to reach that really?

Anyway… Fear is a primal instinct. This doesn’t mean that fear is a characteristic of only the primitive. This simply means that man has an innate sense of self-preservation that must sustain in order to continue the lineage of man. This innate predisposition to fear the unknown has developed from a primitive impulse into a carefully honed guidance system, with the purpose of detecting and weeding out harmful elements that seek to break the backbones of Kings.

What then is a man without fear? Dead? or soon to be? … possibly worse, heinously Deadly. Alternatively, a man with too much fear, is heedlessly deadly.

When we reject your request for membership because your ideals and stand-fors don’t line up with the mindset of a King, who has no room for anything less than greatness, it is not because we think that man should exist without fear. The real of it, is that you cannot exist in this Kingdom with the pungent stench of the fear of flying resonating from your skin, due to the risk of cross-contamination and co-infestation. Entry denied you is for the protection of greatness and for the preservation, not of a race without fear, but of a race without fear of flight.

Remember the story of Icarus? He was not afraid of flying; he was foolish and failed to realize that papier-mâché would never allow him to reach something as far as the sun. Really I don’t think Icarus even noticed the sun or gave it any thought. Icarus was trying to escape a life of solitude and imprisonment by taking the easy way out. While we cannot blame Icarus for seeking freedom, we cannot invite his methods into our Kingdom.

How then do you fly?
Do you stand on the shoulders of giants and jump?
Try it and see where it gets you.

Flight requires
traction,
turbulence,
plowing forward against the friction and pressure of the winds and resistance that beat down your progress and never stopping or allowing them to slow your momentum… until eventually you achieve lift-off. This is not the end of your plight my friend. You have to continue to gain speed and altitude, you must forget the ground… it is no longer a part of your journey. You see only the sky, only the dream, only the goal of reaching something that’s further out there… and still you fight to get higher, closer to this furthering.

Now, at some point you must taper off.

You cannot be folly in your pursuits and continue to uplift, without the proper equipment, until you reach an altitude of uninhabitable proportions and you suffocate because your lungs collapse under the pressure. At some point you find that perfect Mid-Flight connection, and that’s when you are now free to move about the cabin in comfort and celebration of your success. We’ll leave it at this for now…

This fear breeds protectors, conquerors, inventors and creators. These good men know that failures are imminent when attempting greatness. To be afraid of those failures that lead to that greatness is an unforgivable curse, Avada Kedavra. You’re killing your future self; we won’t allow you to do the same to us. 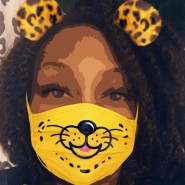